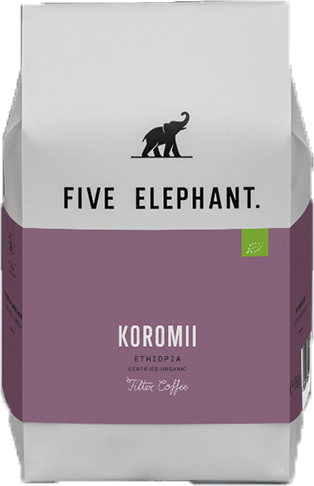 Koromii is the name chosen by the 27 smallholder farmers who produced this coffee in order to represent their sub-region. The Koromii farmers are a part of the larger Sookoo group, a local organization working with coffee farmers as a processing station, but also as a source of knowledge and education, providing training and cultivation guidance.

These training are conducted by Ture Waji, an expert on agronomy and permaculture, who grew up in the region in a coffee-producing family and has returned to it after graduating from university. We have known Mr. Waji from his time as the farm manager of his uncle’s farm, Mormora, whose coffee we’ve had the pleasure of roasting in the past. His dedication to empowering the local community is demonstrated by the school funded and operated by the Sookoo group, which caters to the local farmers’ children.

Most of the 27 farms are situated in a dense forest with a large canopy of old-growth forest trees above. Below these are other smaller shade trees and some mixed food crops among the coffee trees. In every corner of the farms, there are wild plants and heirloom flowers that maintain the original biodiversity of the old forest. As the old trees die off they are left to renourish the soil. This maintains an ecosystem that controls insects and reduces the spread of the fungus.

The cherries for this coffee were carefully picked, using a floatation tank to select only perfectly ripe fruit. They were then transported to the drying station within 6 hours, to assure that no fermentation develops by leaving them soaked for too long. Once at the station, the cherries were placed on raised beds, where they were dried for 24 days.

Other coffee from Five Elephant 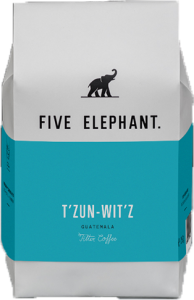 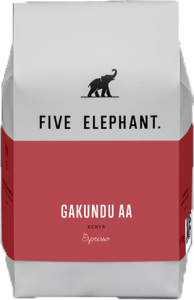 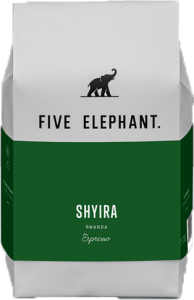 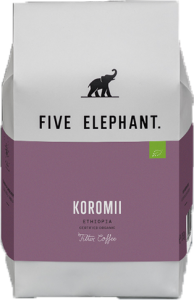 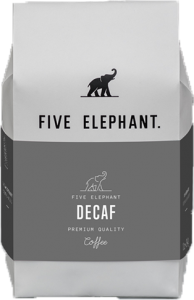 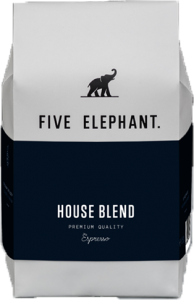