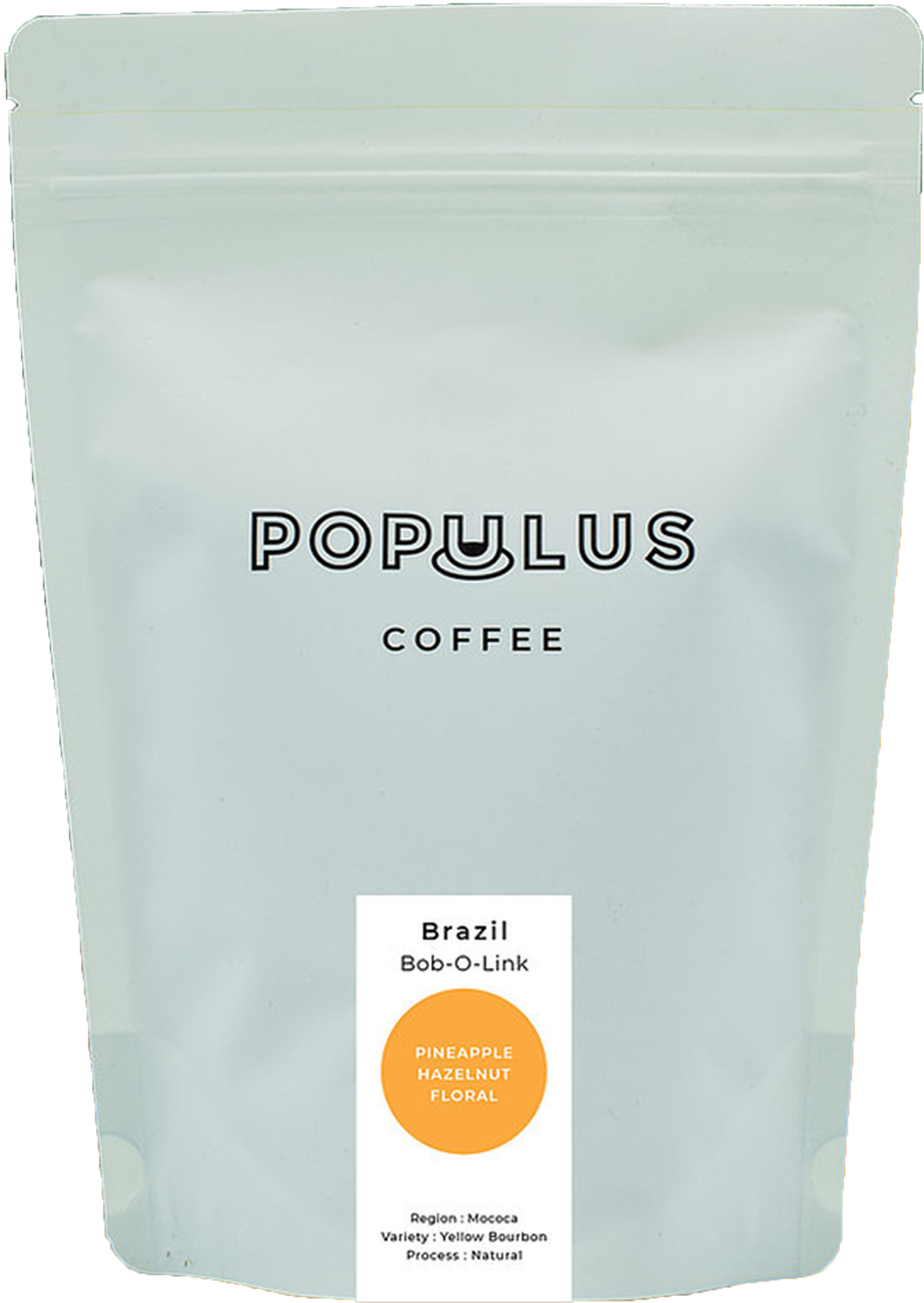 Representing the Bob-o-Link project from Mococa, Brazil, this yellow Bourbon is a real crowd-pleaser with its ease of brewing and drinking. With flavor notes that combine the fruity notes of pineapples and mandarines to sweet notes of nougat and hazelnut, this makes a balanced and soft espresso, and it tackles milk drinks with sweetness while also brewing a very comforting cup of filter coffee.

The Bobolink is a species of migratory bird that is finding it increasingly difficult to make its journey from Patagonia to the northern hemisphere due to the monocultures that spread all over America. This coffee was called Bob-o-Link because it is produced using integrated farming methods that place a focus on the environment and humankind.

Initiated by the famous FAF (Fazenda Ambiental Fortaleza), Bob-o-Link is a unique sustainable coffee project aimed at changing not only the way coffee is produced but also more generally the lifestyles of an entire community. The project, set up by Marcos Croce at his farm, is now supported by over 50 Brazilian producers, whose first action was to remove the bottles of soft drinks from refrigerators to encourage a healthier diet!

Bob-o-Link coffee is grown under shade on semi-mountainous terroir at altitudes of between 900 and 1,300 meters. The producers involved in this project harvest cherries by hand only, in a very selective manner, and at optimum maturity. This manual harvesting technique contrasts with the image of mechanical harvesting usually associated with Brazil.

Bob-o-Link Yellow is produced using only yellow varieties of cherries. It gives a profile that is halfway between a Brazilian natural with chocolatey notes and a Central American natural with fruitier notes.

Other coffee from Populus Coffee 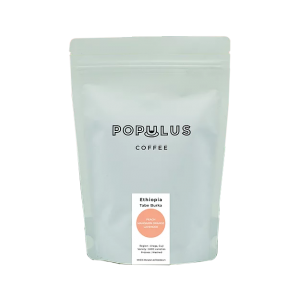 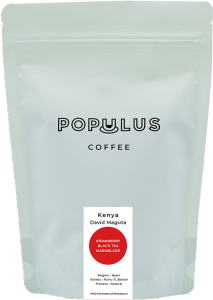 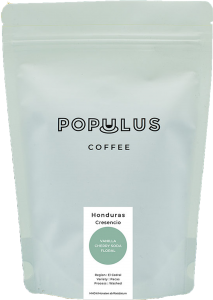 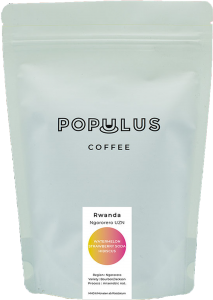 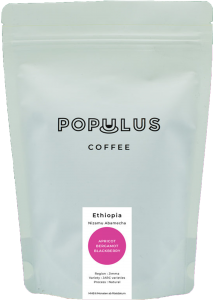 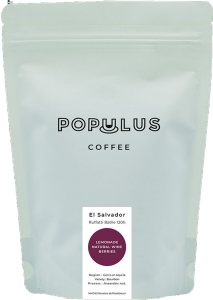 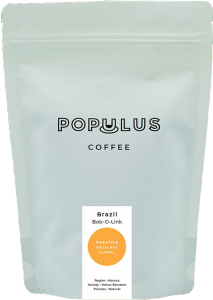