This diptych, consisting of two paintings, is dedicated to the legend of the appearance of coffee in the life of an one African tribe.

On my canvases you see a shaman and warriors of an African tribe appearing from the steam of hot coffee. And this is no accidental allegory.

With this diptych, I wanted to tell one of the legends about the appearance of coffee in human life, in particular in the life of one African tribe. I learned the story not so long ago, but I really liked it, it inspired me.

The legend says that once the wisest shaman of one tribe in a distant African country, sitting by a sacred fire, decided to ask the spirits how to achieve even greater prosperity for the tribe. And the spirits answered. They told the shaman to gather the best warriors and go into the jungle in search of marvelous fruits that will help to fulfill the desired. And so he did. And now, a few months later, the warriors returned. But instead of the expected amazing fruits, they brought only a handful of strange berries. The shaman got angry and threw them into the fire. But then, an incredible aroma appeared from the fire, which captivated everyone. Later it was decided to cook these fruits in a separate bowl and enjoy the taste of coffee.

Did it bring prosperity as promised by the spirits? Not known. But vivacity and good mood I think just added.

steam with an airbrush and a brush, powdered with a drop of gold in the patterns of those times.

Plunging into the process of working on paintings, every time I breathed in the coffee aroma and danced around the fire with the heroes of my paintings.

I think it turned out very tasty.

What do you think? 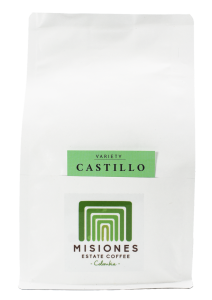 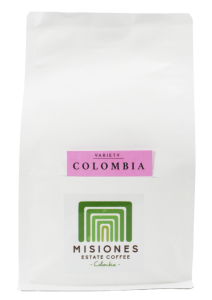 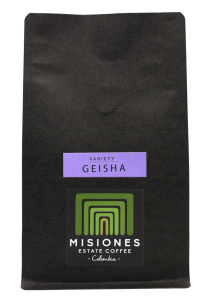 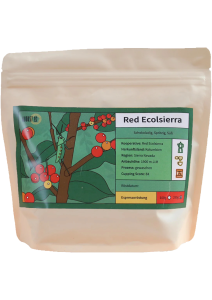 Specialty coffee from Brazil,
roasted by August 63.
Good for Espresso. 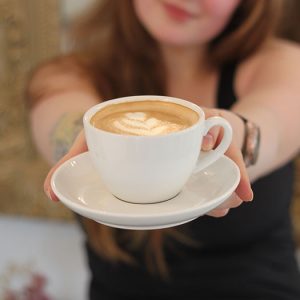 All you need to know about COFFEE!

Learn everything about coffee during the 3-hour workshop from the Colombian coffee farm – Hacienda Misiones. The event is held in English and German. 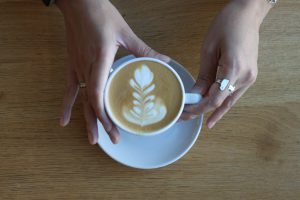 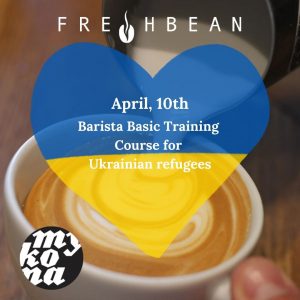 FreshBean, together with Kiez Roastery, will organize free barista courses for refugees from Ukraine.